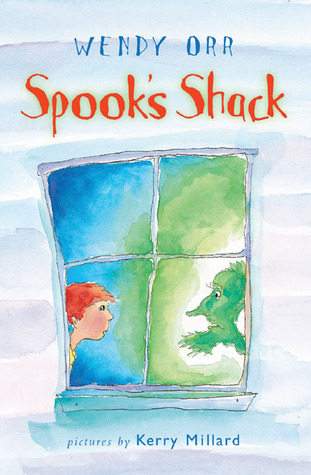 Finn discovers Jack Henry, a ghost, and his ghost-dog Nipper, in an old bush shack. They team up to outwit Boris Banks, who has plans for a gold mine that would destroy the bushland and leave the wild animals homeless.

Deep in the bush, where the trees grow tall, Finn discovers an old deserted shack. Inside is shivery cold, with green fungus on the walls. When a dog growls and a gravelly voice snarls, Finn’s hair stands up like bristles on a brush. An old man and his dog are glowing in the darkness.

Jack Henry lived in the shack 100 years ago and was friends with all the wild creatures. When Finn is with the old ghost, he can feel what the birds are singing and what the animals are feeling. But now they are all in danger – someone is going to bulldoze the land and wreck their homes. How can one boy, a ghost and his dog save the bush?