Writing about Animals (and living with them!) : Harry the Rescue Dog’s Rainbow Street Blog

I met Emma Homes last year at the awards night for the Environment Award for Children’s Literature. She is the author of three ebooks for children aged 9 – 11, including ‘The vanishing frogs of Cascade Creek’, which had been shortlisted for the same category as Rescue on Nim’s Island.

All her stories so far feature animals as important supporting characters, and so I invited her to talk about them in this Rainbow Street Pets thread. 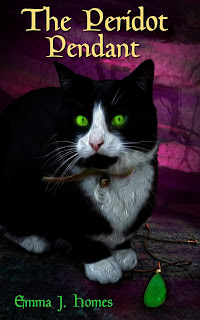 Emma says:”There are animals I’ve known and loved, but never met. Some lived and died long before I was even born. Their antics and escapades have haunted my life, in the best possible way, as the pets and companions who inhabit my family stories.

When I think of my grandmother Phyllis, I often remember Prince, her father’s towering draught horse. As a young girl growing up in the hard times of the Great Depression, Prince was not only a beautiful and powerful animal, but as the horse-power for the family cart, he represented employment for her father, and bread on the table for the whole family.
As a small child I liked very much to hear about Prince. Once he had fallen into a creek when rubbing his itchy back against a dead tree. It had taken neighbours from miles around, and long lengths of rope, to haul the great horse from the creek where he had become bogged. Another time it was Phyllis who rescued her baby brother by pulling him out of the path of the runaway Prince, who had bolted out of his stable after a long winter and too many oats.
When I think of my grandfather Arnold, I remember the time he brought home a fluffy yellow chick to his young family. Before too long the chick had become an overbearing rooster who fearlessly attacked visitors to the house, and strained friendships with the families next door by crowing loudly every morning before dawn.

Another animal friend from my mother’s childhood who is remembered decades later with warm smiles was Ricky, on overactive and very spoilt fox terrier. When taken for a walk, Ricky would strain at the leash and walk on his two hind legs, so that my soft-hearted mother and her brothers were persuaded to take Ricky around the block at a quick run. 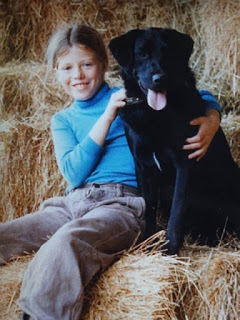 Now I share these stories, and some wonderful animal characters from my own childhood, with my kids. They like to hear about Ronnie, the fat, pretty Welsh mountain pony, who changed colour with the seasons, from a shaggy roan in winter to a glossy pearl grey in summer. I always felt that relaxing my grip on the reins was like dropping anchor; in moments, Ronnie would have lowered his head and began munching at the sea of green Gippsland grass.

I spent a lot of time with Ronnie, and with another dear animal friend, a black labrador named Ben. Ben adored water, and enjoyed swimming circles in the water troughs, barking and biting at the water which was shot into the air by his powerful dog-paddle stroke. I can still picture the little groups of cattle that would gather around the trough, with what I imagined were expressions of consternation and amazement at the canine trespasser. Ben also had a valuable skill. He would detect and ‘point’ at snakes by lifting one of his front paws, although he was tricked more than once by an old mossy stick lying in the long grass.
Animals really do become part of the family, and I think the benefits of adopting a pet may last longer than we expect.”
Harry, my rescue dog, and all the other rescue pets I’ve known, certainly agree!
Tags: Rescue pets; rescue dog; animals in family; Emma Homes; Environment Award for Children's Literature; pets; pet adoption;Emma

Click here to cancel reply.
Next post: Should you make the leap and become a full time writer? → ← Back to all posts