So many facts, so little time: researching a new book

Sometimes it’s difficult to distinguish research from ‘bright shiny object’ distraction. When you’re planning a new book that needs solid research for its background, every new thread seems so exciting that it’s obvious it’s the one to follow – until you see the next one. Later, when you’ve worked out story, you still want to include every single fascinating little fact that you discover. 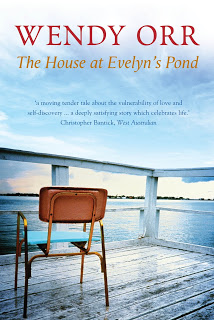 I told someone recently that my tendency is to fine tune the research after I’ve worked out the story line and know what I most need to find out. That’s because I did it the opposite way in The House at Evelyn’s Pond– I researched Ruth’s UK WWII experience first, deciding that she should be a Land Girl. After months of reading up on Land Girls, I started writing – and it quickly became clear not only that Ruth’s character was totally unsuited to this choice, but that it wouldn’t add any depth to the book. So I threw all that out, and started again – she became a pilot in the Air Transport Auxiliary.

A few days ago I sent a question to an archaeological network about the next book I’m planning. By this morning I had twenty-two replies – amazingly generous, helpful replies – and roughly eighteen different directions to follow. They were all fabulous: intriguing, and mostly things I never would have thought of. I was literally tingling with excitement. Once I calmed down, I realized that there are a few that, thanks to having worked out a rough plan, I can’t follow at all. But many of the other suggestions are directing me into questions and maybe-answers for the spaces in between.
(After all, those unfollowed threads can stay in a folder or in the back of my mind, so if they  need to, one day they can have their own book – or at least a cameo.)
Then, the writing continues, and you continue to collect fascinating little facts. You need them so that you really understand what you’re doing when you build your scenes. But THE READER DOESN’T. Some facts are fun. Too many are boring.
The good thing is that you can put them all into your first draft, and then choose which ones are actually needed to move the story along, and which ones are holding up a big sign saying, ‘Look how much I know!’ Even when you’ve taken out everything that you could possibly take out, your editor will probably still say something like, ‘This bit is really interesting, but I’m just wondering if it slows the story down.’ And you say, ‘No, it doesn’t slow it down at all, it’s absolutely necessary!’ Then you try looking at it without that lovely little description, and see that she could possibly be right. A little later you read it again and think, ‘Thank god for editors.’
And yes, when I say you, I mean me, and that is my ever so astute but gentle editor.
Now, excuse me while I go find out some more fun facts, which may or may not ever appear in a book…
Tags: business of writing, creative writing, fiction, historical fiction, keeping story on track, researching fiction, writing fiction

Click here to cancel reply.
Next post: Writing about Animals (and living with them!) : Harry the Rescue Dog's Rainbow Street Blog → ← Back to all posts