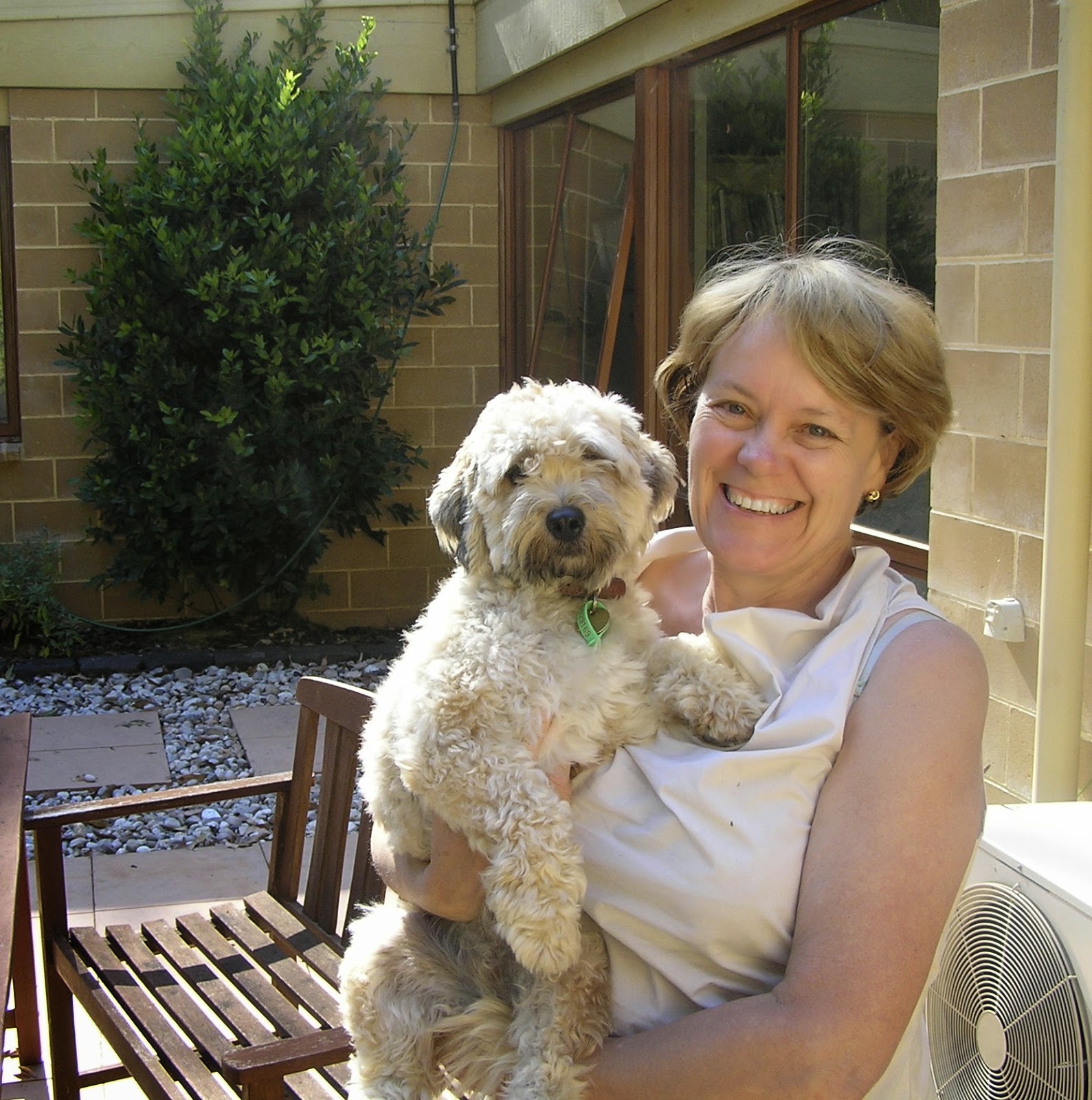 Nearly six years ago, as I was writing the second book in the Rainbow Street Animal Shelter Series, (which became the book Rainbow Street Pets in Australia) Harry came into our lives.

Harry is a poodle cross (a poodle enigma, since no one knows what the other bit is). We adopted him from the Lort Smith Animal Hospital, and I’ve been grateful to them ever since. So you can imagine how thrilled I was to have the chance to join in their fundraiser at Elgee Park Vineyard  to raise money for their emergency care program. Finally, the Rainbow Street stories were repaying their debt to this wonderful animal hospital and shelter. 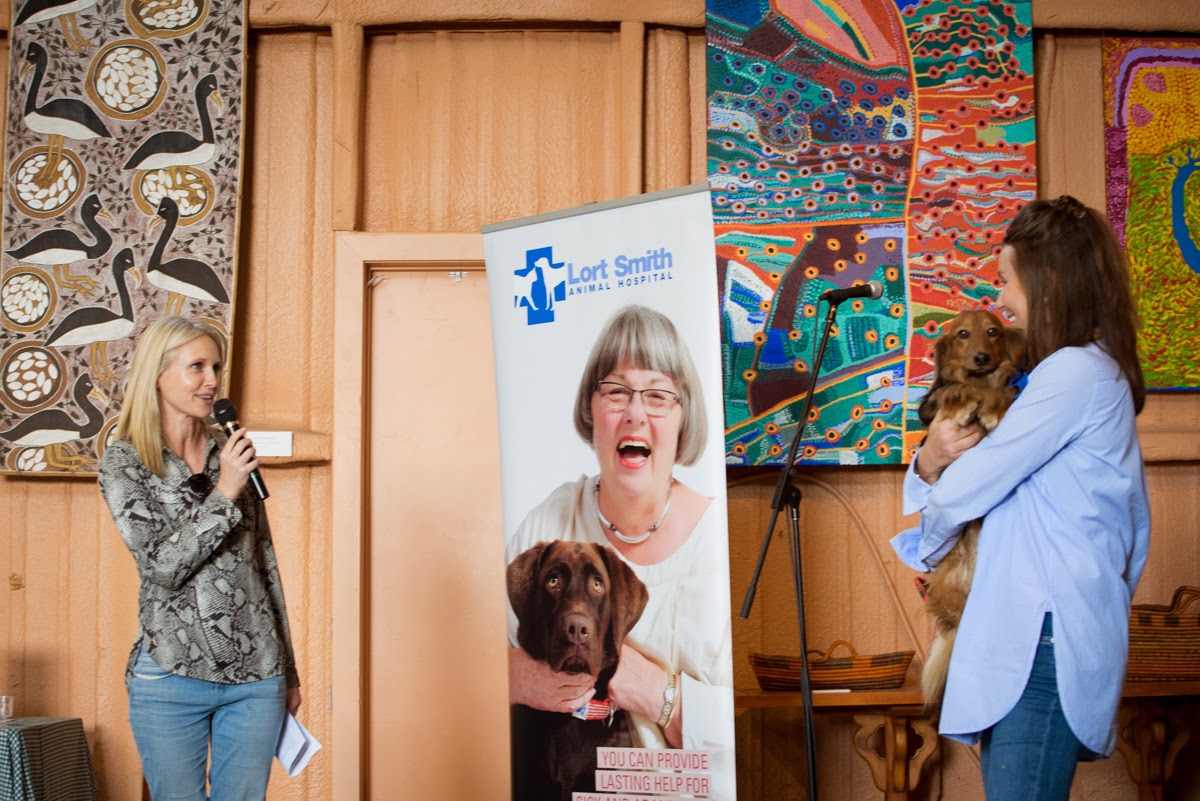 Unlike my fictitious Rainbow Street shelter, which is run in an old house by Mona and Juan, as well as some child volunteers, the  Lort Smith is a huge building and organisation. The similarity between them comes from the love and respect shown to the animals they care for. Animals who don’t find a home quickly aren’t euthanised – they’re put in foster homes until the right home appears for them. 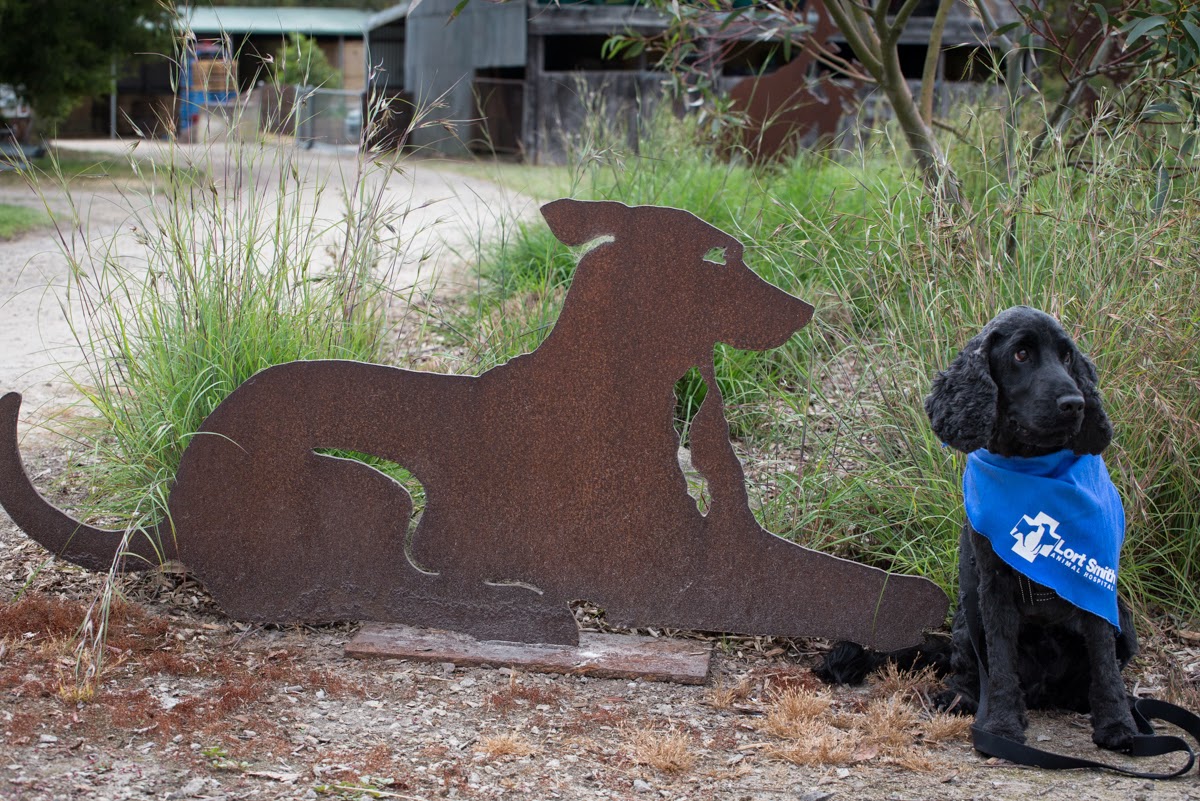 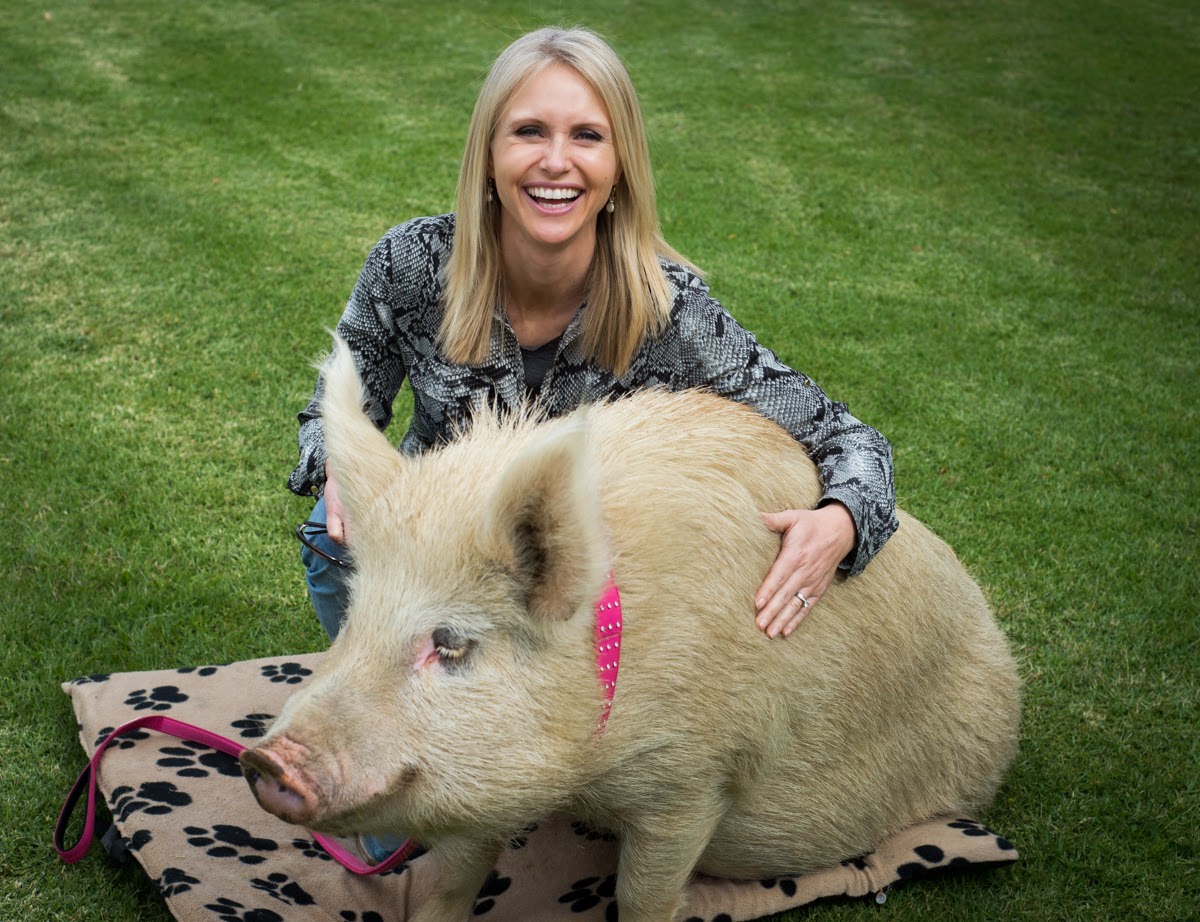 Of course, by caring for pets, they are also caring for people. We heard very moving stories of the pets who were taken into emergency care – at times including extensive medical treatment – when their owners were hospitalised or in emergency shelters themselves. Sometimes it was for months. Can you imagine what it must have meant to those owners, as well as to the animals, to be safely reunited when they were able to be in their own home again? It’s certainly much pleasanter than imagining what it would be like to be released from hospital knowing that your pets had been euthanised because you couldn’t afford a kennel. Or imagining the despair that leads a mother and child fleeing domestic violence, to live in their car because the refuge doesn’t allow dogs – but once the dog was safely with the Lort Smith, the family was able to go to their own refuge, and eventually be reunited with their pet.

These great pictures of the  event (yes, that really is a companion pig) are by Lort Smith volunteer and photographer Tanya Anderson. 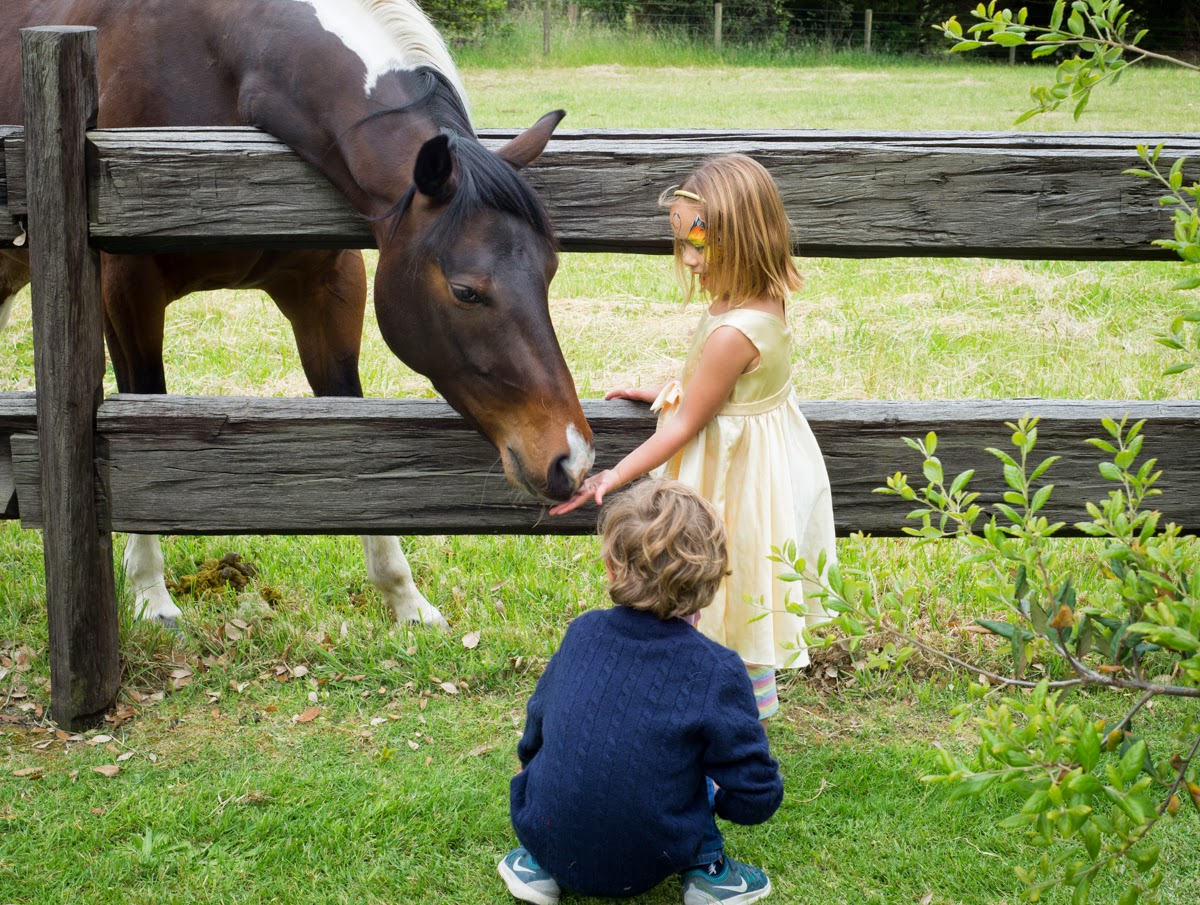 And in case you think Harry still looks as worried as the day we got him, I couldn’t resist adding a couple more of him now. 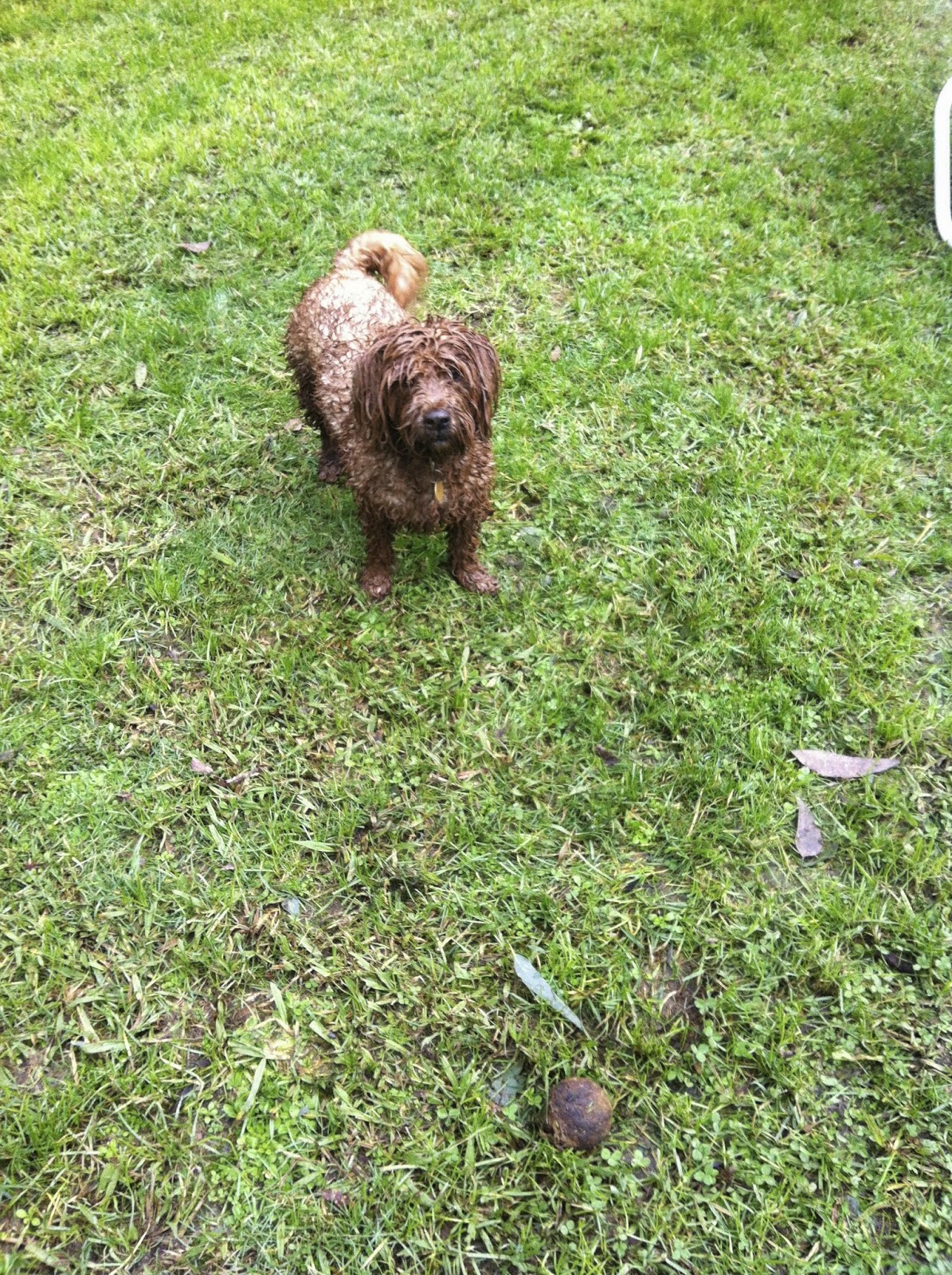 Because animal shelter adventures should have happy endings.

PS. Although Harry didn’t get his own story, he has quite a lot to do with the poodle at the very end of Buster’s story.) 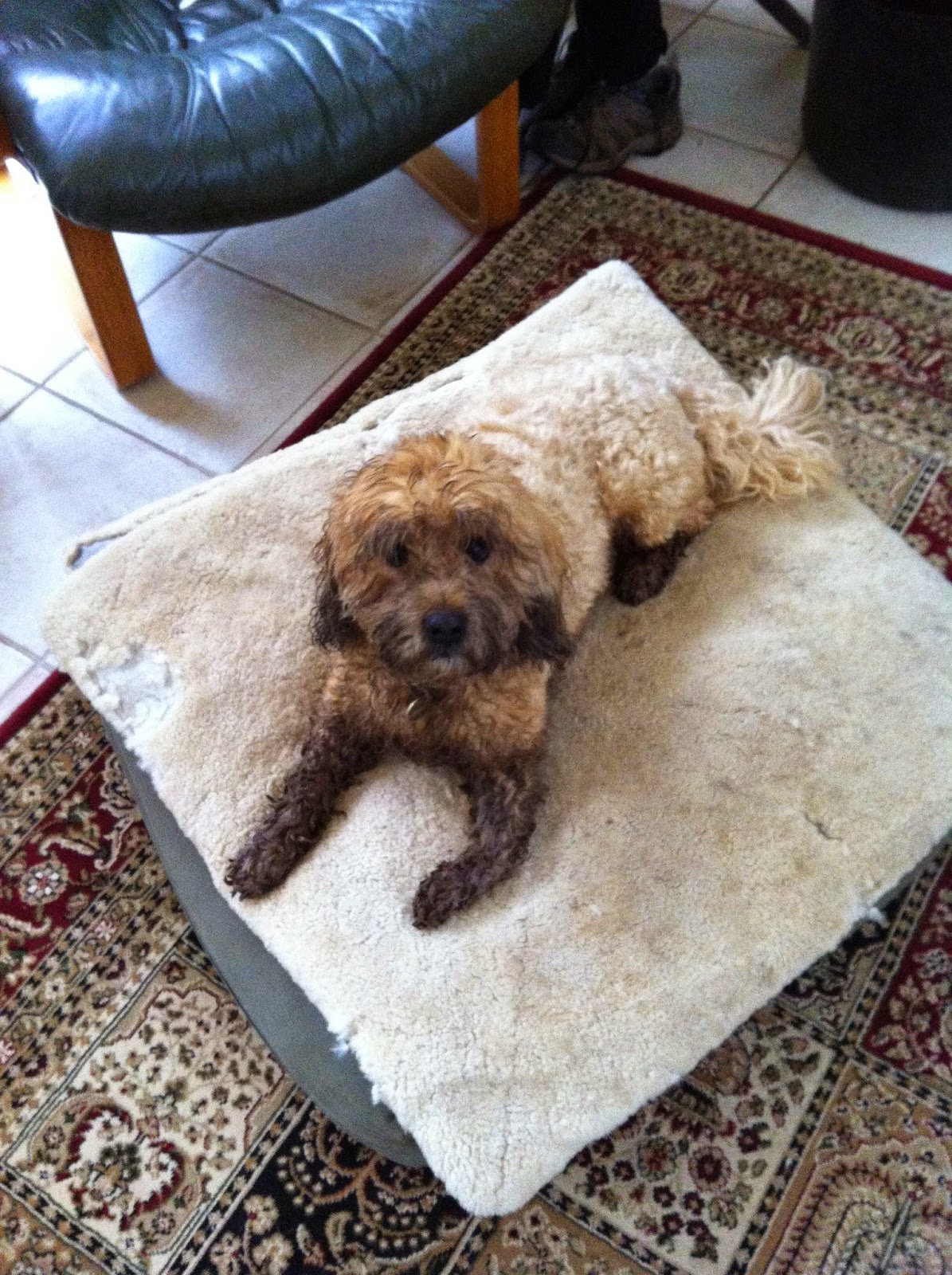 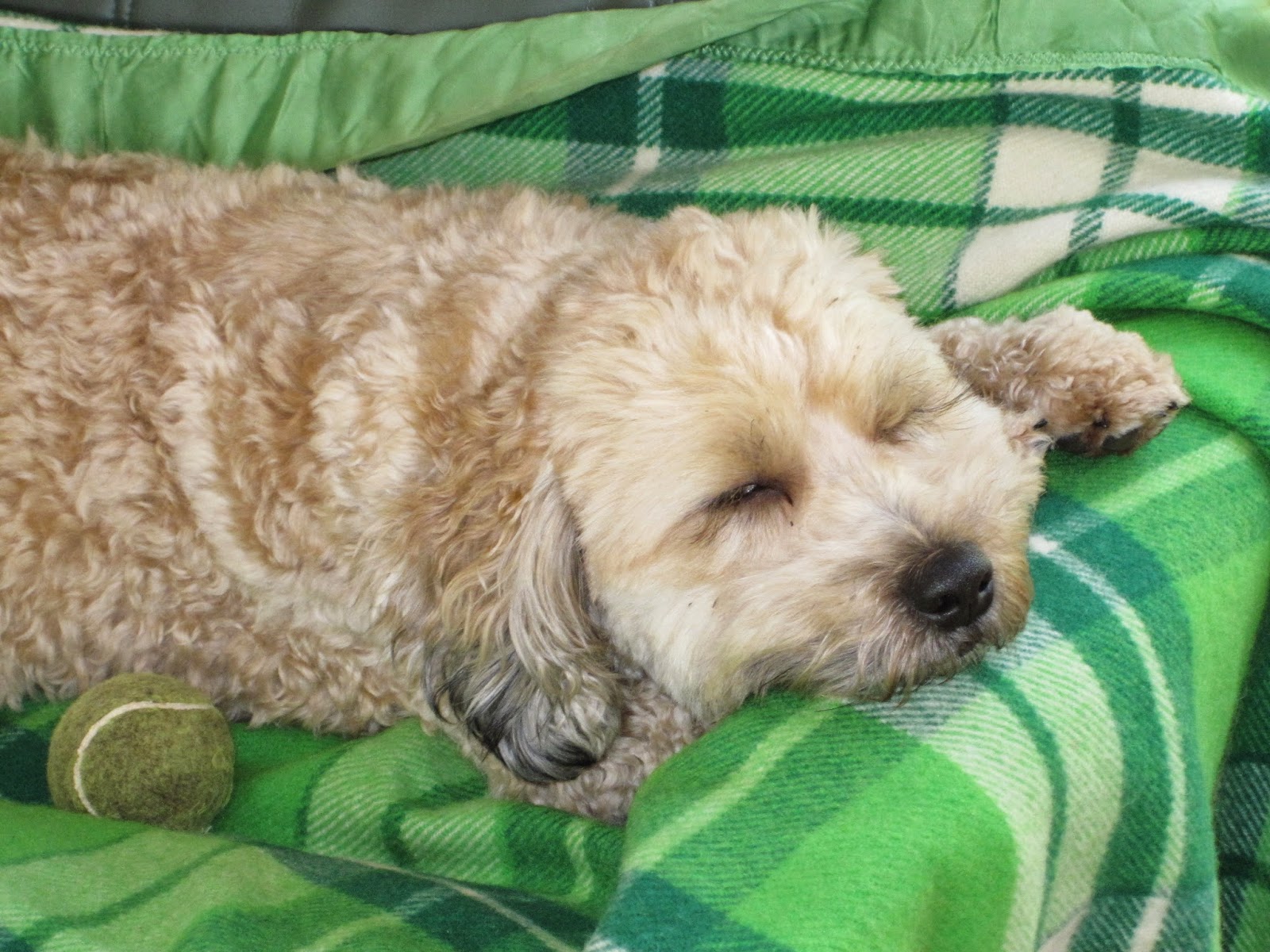 Click here to cancel reply.
Next post: Holiday season story starters - using the stories, emotions and memories triggered by objects → ← Back to all posts