See all posts
19 June 2014 ·
I’ve been a bad, slow, blogger lately (even more than usual!) but my excuse, apart from having a wonderful four weeks of travel, inspiration and, yes, even a holiday – is that I was copyediting, rereading, proofing and driving my editors crazy with last minute fiddling around with commas and words in Rescue on Nim’s Island, right up to the time I left.

A month later, when I got home, my advance copies were waiting for me. Some have already been mailed to the winners of the Name the Character competition. But most of the books are on their way to bookstores now, for release at the end of the month, and so I’ll be doing some running around to share them.

So here’s a list of some of the events I’m doing in the next few weeks. (Though just if you were wondering, the NSW Writers’ Centre Festival and CYA conference weren’t organised around my book’s release – just a very happy coincidence for me.) 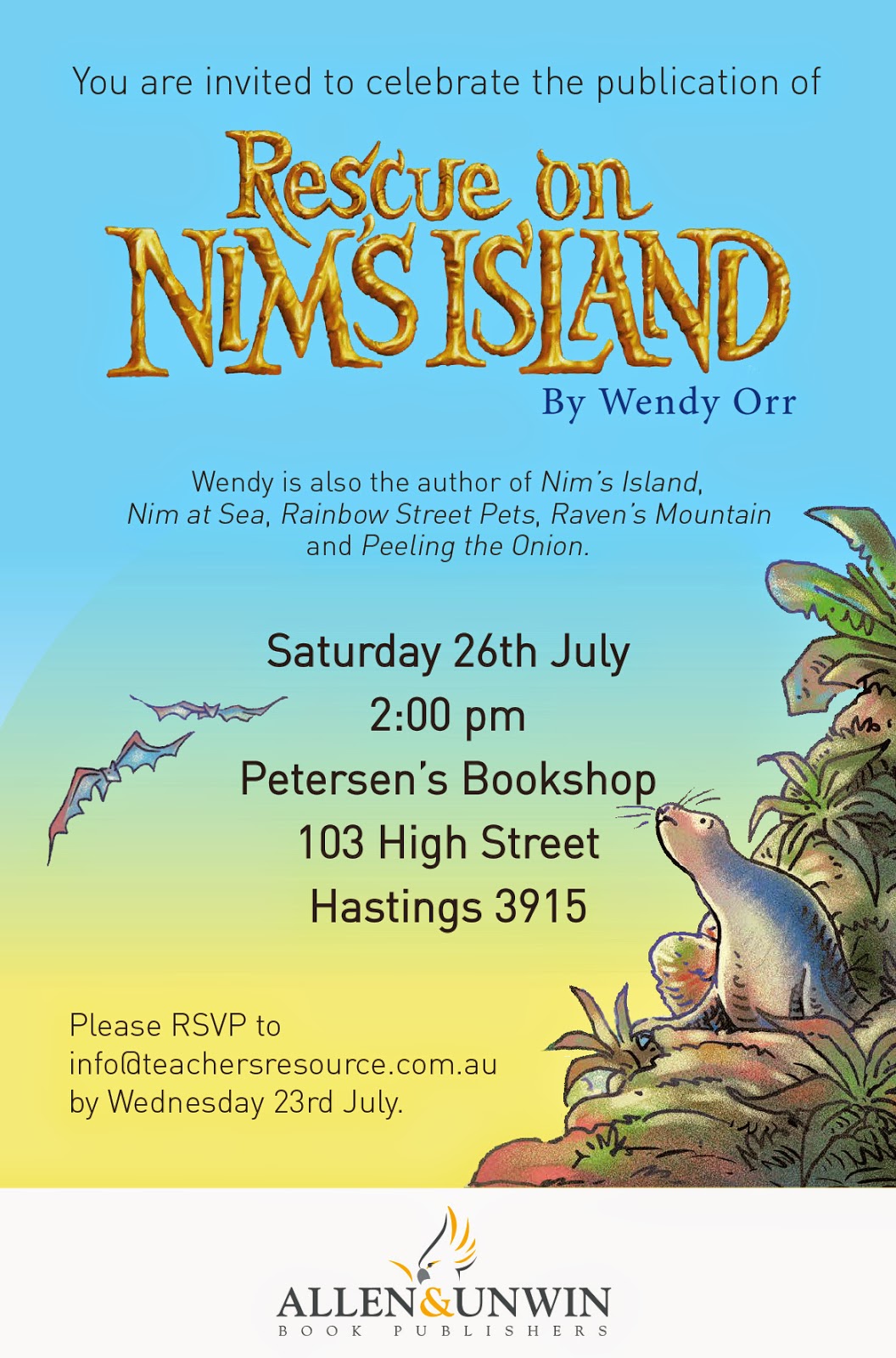 Click here to cancel reply.
Next post: Have you ever ridden on a sea lion? → ← Back to all posts