How do you start a new story? 12 Points for Facing the Empty Page or Blank Screen

It’s a terrifying thing, that blank page or empty screen at the start of a new book. The idea behind the story seemed so compelling when you first thought of it; you can see it in your head and you know it could be a great book; you know you’re the one who could write it… but the longer you face the blankness, the more you start to doubt all those things. 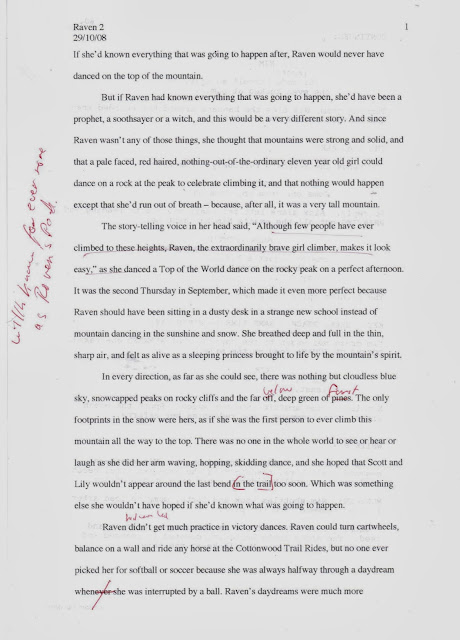 But the one thing that there’s absolutely no doubt about, is that you’ll never know till you try. It won’t ever be any sort of book until you write it. And that means making marks on that blank screen. It means finding words and spelling them out. It means writing.

Writing a story is quite a different thing to thinking a story. The story you create in your mind tends to have the big scenes, but you don’t have to worry about segueing between those scenes. You can come up with fun details but don’t necessarily notice when some contradict each other.

That’s why starting to write can seem so paralysing: all those scenes and details are going to have to mesh and make sense. And a novel, even a short children’s chapter book, is full of so many scenes, so many details, character traits, hints of back story, stories within a story… how are you ever going to pull them all together?

So here are a few points to help you be brave enough to write that first word; things that I still remind myself of each time I start a new book:
1)   When you can hear a first sentence in your head, you’re ready to go.
2)   This first sentence is almost certainly not going to be the first sentence in the final book. Don’t go on fine tuning it; it simply has to lead you into the story: you, the writer. It might be perfect to lead a reader in, too – but for now, just concentrate on how you feel.
3)   This whole manuscript will be a first draft. No worthwhile book is written in one draft.
4)   No one else ever has to see this draft.
5)   You don’t have to start at the beginning. If you can see one climactic scene particularly clearly, write it now. Once you’ve got the feel for the tone of the story and how you want to write these characters, it will be much easier to go back and start at the beginning.
6)   If you’re writing by hand, try using a pencil if a pen seems too permanent. Sit a great big eraser in front of you to remind you that you can rub something out if you really want to.
7)   Or try using a beautiful pen as your designated writing pen, or start with a good luck pen. (I sometimes like using a pen from the Loews Hotel, where I stayed for the Hollywood premiere of Nim’s Island.)
8)   Similarly for paper – find a notebook that matches the feeling of your story, and feel inspired by the feeling that your book already has a cover.
9)   Or if you’re intimidated by the handmade gift or the vellum paper, use a plain coil notebook, child’s old exercise book, single sheets of paper – whatever reminds you that it’s the ideas that matter, not the medium.
10)                   If you’re starting on the computer, remember that the delete key is your friend. But if you have several different first sentences, paragraphs or scenes that you can’t decide between, file the probably-rejected ones in separate documents. You don’t have to truly throw them out till you’re sure – and not even then.
11)                   Set up your header right away: title, date & page number. It makes life much easier later on, so that you don’t have to mutter, ‘I was sure I’d changed that!’ and then realise that you’ve got undated drafts muddled up. It also fills in something on your page.
12)                   Print out what you’ve accomplished on your first day, no matter how brief. Accomplished is the key word – you’ve started. Besides, every time you look at it, even when you don’t have time to return to it, you’ll start to see what the next line will be, where the scene will lead…
I said 12, but I think the thirteenth is important: 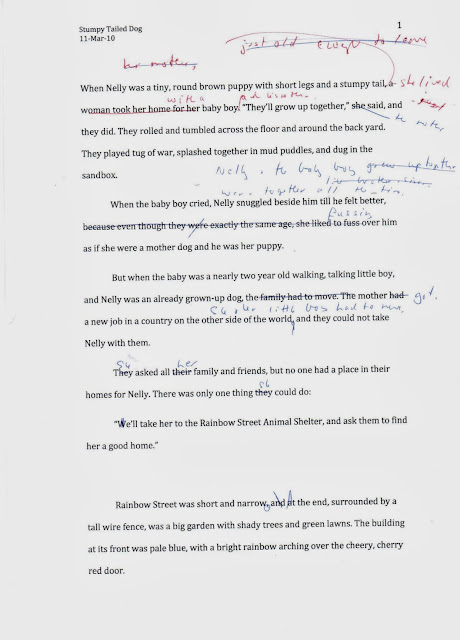 Click here to cancel reply.
Next post: New Year's Resolutions: Feeling Free and Playing with Your Work → ← Back to all posts