So I may have mentioned that Return to Nim’s Island had a lovely, fun red carpet launch at the Australia Zoo? And everyone knows that walking the red carpet needs a new dress. But until I had one made, I’d never realised how much dress design had in common with writing. 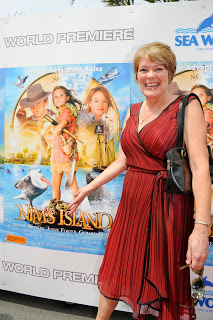 I went to ArgyroGavalas for my dress, because five years ago I walked into her factory and immediately saw the dress I wanted for the Nim’s Island premieres, one at Sea World in Queensland, and the other at the Graumann’s Chinese Theater in Hollywood. (My husband claims he saw it first, but I’d spotted it too, and was simply finding a couple of others to try on, because I refused to buy the very first dress I saw for something like this.) 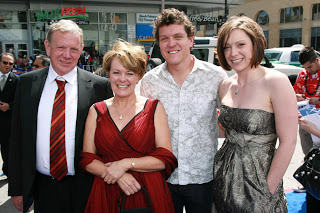 This time Argyro, better known as Roula, said she would design me one especially. She said it had to be the opposite of the first dress; blue instead of red, and a different material. When I went to see her, I could see that her thoughts were taking shape the way a story does in my head. The fabric was the character, the pattern the plot, and the style was the tone. We found the fabric that matched what she was thinking of. When I got home I dropped my sample onto my newly arrived copy of The Nim Stories, and saw that it also exactly matched the sea on the movie-poster cover.

Surprisingly quickly, she sketched out her design, measured all sorts of things –even in my rather fantastical fiction I have to get some basic facts right – and in the next days made a pattern. I returned for the completed first draft: the pattern stitched up in a white cotton. With the dressmaker, her mother Vicky, Roula pinned and measured, turning me around, standing back and considering. 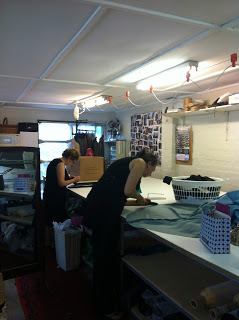 It didn’t go to quite as many drafts as most of my books, but there was a second of the real material, cut, partially stitched and pinned in place as I wore it. Sleeves were altered, recut, repined. Then a third, which was like a copy edit: it was all put together, but there were final adjustments, a bit to unstitch and redo, a dart to adjust. Then trying it on for the final time, like receiving your brand new book in the mail, when it’s too late to alter but still private.  And, like the gift of seeing that new book with the shiny cover looking so much more beautiful than I’d imagined, there was the gift of the tulle petticoat, almost a crinoline, to swish underneath the skirt. 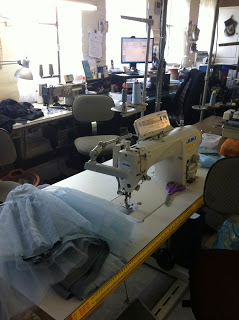 It struck me then that for Roula, it was very much like my signing off on the last edits: I’ve done the very best I can with the words, but the illustrations, the cover, the overall design are out of my control. Once the designer hands over the dress, she has no control over the belt and accessories that one chooses, the mood, the posture. 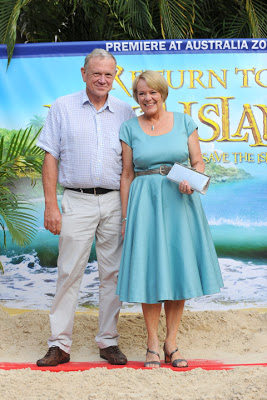 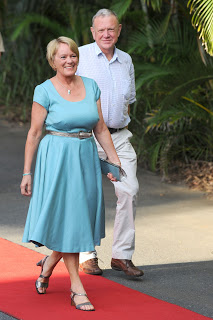 But two days later I wore it on the red carpet it was intended for, and, like the test of reading a book aloud to an audience at a book launch, knew that it worked. I felt relaxed, happy, and totally myself – and although I never thought I’d say this about a dress, the experience added something to my life. Which is exactly what I hope my readers say when they explore my books.
Tags: Argyro Gavalas, book to film, creative writing, dress design, dressing for red carpet, dressmaking, film premiere, Return to Nim's Island, The Nim Stories, writing and editing

Click here to cancel reply.
Next post: Melbourne celebration for Return to Nim's Island → ← Back to all posts