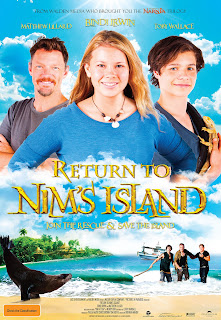 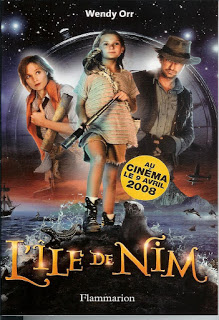 The childhood story, Spring Island, was inspired by seeing a tiny, uninhabitable island off the coast of Vancouver Island. Being infatuated with Anne of Green Gables at the time, I wrote about a little girl running away from an orphanage; she’s joined by a boy running away from his orphanage, and together they head off to live on an island.
Years later, I was working on a book of letters between a girl on an island and a famous adventure author with a very boring life. After many false starts I remembered that story and channeled the feelings of that nine-year old writer who wanted to be independent and resourceful – and finally, the story changed its form and Nim’s Island came to life.
It was published in Australia in 1999, in the USA and Canada in 2001, and in six other countries in 2001-2. In 2003, after it was listed in Los Angeles Times best books for 2002, the Hollywood producer Paula Mazur picked it up in her local library for her eight year old son. Two weeks later she emailed to ask me for the film rights. She pitched it to several studios, had interest from four, and by the end of the year we had closed a deal with Walden Media.
The feature film of Nim’s Island was released around the world in 2008, starring Abigail Breslin as Nim, Jodie Foster as the author Alex Rover, and Gerard Butler in the dual roles of Nim’s father Jack and Alex Rover’s fictitious hero. 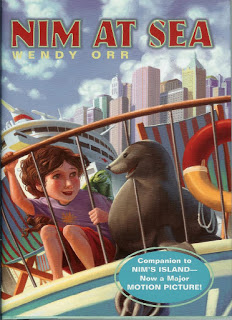 Nim at Sea, the sequel to the book, was published in Australia in 2007, the USA & Canada in 2008, and slightly later in another 16 countries. By then the first book had been published in 24 languages. 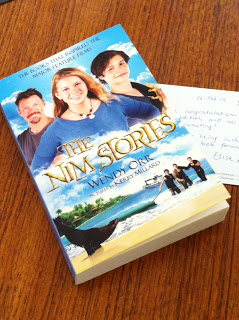 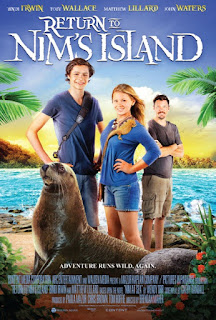 Return to Nim’s Island, the sequel to the film and based loosely on Nim at Sea stars Bindi Irwin as Nim, Matthew Lillard as Jack, Toby Wallace as Edmund, and John Waters as the evil poacher. It will debut on the Hallmark Channel in the USA on March 17 with the DVD released in Walmart the following day, and on cinemas across Australia on April 4. I’ll post international distribution news as I hear it.

Click here to cancel reply.
Next post: Return to Nim's Island - National Premiere at Australia Zoo → ← Back to all posts