To celebrate the release of ABANDONED! A Lion Called Kiki, the 4th book in the Rainbow Street Shelter series, I thought I’d share the background to the story. Essentially the same story, titled Mona and the Lion Cub, is in the Australian book Rainbow Street Pets. 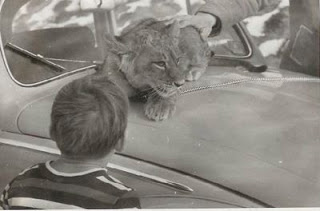 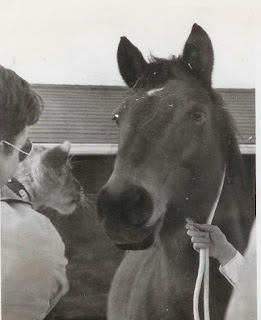 Can you imagine getting a phone call from an airport to say, “You’ve got a parcel here!” – and when you get there, finding out that a friend has sent you a lion cub?That’s what happened to friends of my parents when I was a kid, living in Colorado. The cub’s father was a cross-eyed lion named Clarence, who starred in Daktari, a TV series set in Africa, but I’m not sure why someone decided to send this cub to our friends – who already had six dogs and a three-legged goat! (And can you imagine how excited my brother and sister and I were when they came to visit us? She even met our horse!)

Our friends took wonderful care of the cub, but of course she grew into a lion, not a big pussy cat. In the end they realized that the best thing for her would be to take her somewhere where she could live more like a lion. It was as heartbreaking as it would be to give up any pet. They toured the US looking for the best zoo they could find, and finally chose one. (I think it was Seattle.) 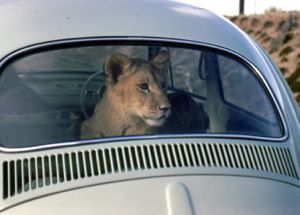 That was the happiest ending that little lion could have had in 1967, but when I wrote the story I set it in the 1980s and so was able to make it even happier. I used a wildlife refuge in Zambia because when I phoned the Melbourne Werribee Plains Zoo to ask some questions, I spoke to a vet who was about to return to Zambia to set up a wildlife refuge there to look after lions and other native animals.

It also struck me that if the memory of the visiting lion cub had made such an impression on me, it would have had a much bigger effect on a child who’d been given it. So as authors do, I used some bare bones of truth, and fleshed out a story that explains why the Rainbow Street Shelter manager Mona has dedicated her life to animals.

Unfortunately our families lost touch many years ago, but if by some chance the original Mona and Juan read this book, I hope they’ll see it as the tribute it’s intended. 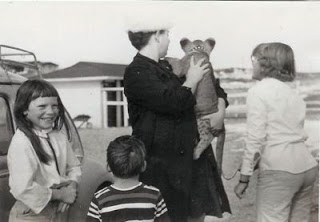 Click here to cancel reply.
Next post: Artists and Animals, Katy Abbott, composer, and Hermione → ← Back to all posts