The talented Simmone Howell is hosting a series appropriately titled: Anatomy of Novel on her blog:
post-teen trauma: Anatomy of a Novel: Raven’s Mountain

Here’s my contribution for Raven’s Mountain, which I put together using Polyvore, as Simmone  suggested – a fun concept.
And in the next couple of days I’ll get up some pictures of the launch, and blog about the Perth Writers Festival, which was amazing. Meanwhile…

Anatomy of a Novel: Raven’s Mountain 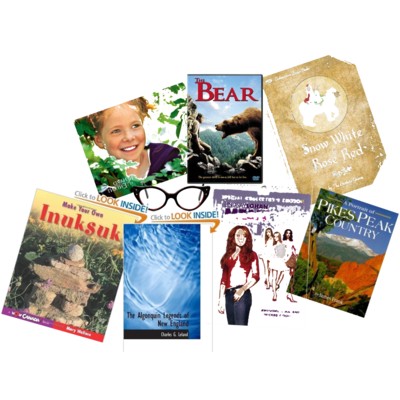 1). The Fox and the Child: I saw this film when I was on about the sixth draft of Raven’s Mountain, and the little girl reminded me very much of Raven, although she’s prettier and a bit younger. She was red-haired, and though she’s wandering alone in the mountains by choice, unlike Raven, she still faces the challenges of being out in the wilderness and interacting with nature. The first influence on Raven being a redhead is probably Anne of Green Gables, but the film represents my visual idea of Raven.
2) The Bear: Growing up in Canada means that bears are a background to any mountain hiking or camping, deeply embedded into the subconscious in a combination of fear and fascination. Our family mythology contained a few stories of close encounters with bears, including a home movie of baby me on a picnic rug… cut short as my father spotted the approaching bear and raced me to the car. Later, as a teenager, I was chilled to hear that a grizzly had taken someone from a tent not far from where my cousin and I had camped out in just sleeping bags. And yet I love to see them – at a safe distance, or in a film or documentary.
3) Snow White and Rose Red: Unlike most fairy tales, this one doesn’t have a good and bad sister: they’re simply very different: Snow White is blond and gentle; Rose Red is dark and lively. Raven sees her older sister Lily as a golden girl, and herself as the opposite. The fairy tale girls’ mother is a widow, and once again, there’s a bear… but it was the difference between the sisters that I was drawing on as the girls grew in my mind.
4)Pikes Peak Country: Climbing Pikes Peak with our dad, when we were ten and twelve, was highly significant to both my younger sister and me; there was obviously a tremendous sense of achievement, but it was so outside normal life that there was also a kind of ‘otherworld’ appeal. I’m not surprised it finally made its way into a story.
5) Mean Girls: I loved this movie; I felt it really captured a lot of those adolescent feelings that Raven is confused by as she sees her sister Lily changing from a caring big sister into a ‘mean girl.’ It also touches on the dislocation that Raven feels as she moves across the country into a totally different environment.
6) The Algonquin Legends of New England: I chose this because I couldn’t get a cover image of Glooskap’s Country, the collection of Algonquin legends I grew up with, which started me on my passion for First Nation stories. Later I became fascinated with Raven, the trickster god, who seems an appropriate one for writers.
7) Make your own Inuksuk: About six years ago my sister and I were walking on the beach in Vancouver and spotted all sorts of Inuksuks that people had been building. (You’ve got to remember that ‘beach’ on Canada’s west coast often means rocks.) Something about them wormed its way into my subconscious.
8) Glasses: When I was putting myself into Raven’s skin, it struck me that the first thing that would have happened to me if I’d fallen off a cliff is that I would have lost my glasses and been unable to see. I was always breaking glasses when I was a kid, especially skiing, or just playing in the snow, and then I’d have to make my way home without them, which was quite a challenge. But glasses are also a symbol of different ways of seeing: on the trip up to the campsite, when Raven is threatened by the mountains she takes off her glasses to soften the view.
Tags: middle grade fiction, polyvore; Anatomy of a Novel; childrens literature, Raven's Mountain