Fleur McDonald has a great guest series on her blog – I spent quite a while reading all the previous visiting writers!

But what I especially love about her hosting me is the description she gives of her daughter being caught up in my books. A child being too immersed to talk is the greatest compliment a writer can have! 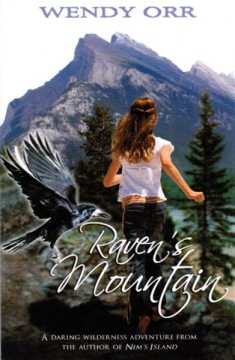 As my daughter gets older, she seems to have an insatiable appetite for novels. To be very honest, I had heard of Nim’s Island, knew that Rochelle had adored, not only the book, but the Audio Book as well, but didn’t know who the author was.

It takes quite a bit, for an active ten year olds attention to be kept riveted, the way hers was, while listening to the CDs.

Wendy Orr, with her amazing book, was able to do this.

When Wendy so generously donated a copy of Raven’s Mountain, to the Authors for Queensland Flood Appeal, Rochelle noticed it there and begged me to buy it. Not being one for holding reading back, I did!

So now, Rochelle is holed up in her room, barely speaking to me or the dog (and definitely not to her brother, although that isn’t unusual!) reading. I love watching her been swept away into another world.

Thank you so much, Wendy.

Here’s a bit about how Raven’s Mountain was written – welcome, Wendy! 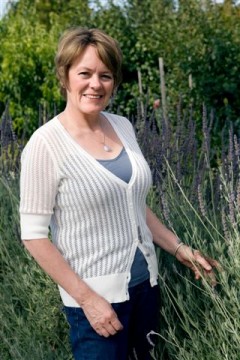 I started writing Raven’s Mountain soon after I got back from a trip back to the USA and Canada for the Nim’s Island film premiere. I was ready to jump into something new, and the more I thought about this story, the more it excited me – so that I may have started writing a month or so before I should have. Of course this meant even more redrafting than I normally do (something I didn’t think was possible!) Whatever the reason, it took nearly two and a half years of writing, rather than the eighteen months I’d hoped for.

Although I didn’t realise it at the time, the fact that I had just been visiting family in Canada must have influenced the story that was choosing to be born. One of the first things I knew about my protagonist was that she had to break into an empty ranch house (something I’ve never done, if you were wondering – or at least not till I was about to write the scene. Even then I decided to open the window rather than smash it. Probably just as well: the neighbour who drove up as I was sliding into the sink was shocked enough as it was.)

I also knew that she was climbing a mountain with her father (who by the time I started writing had become a stepfather) and so I began to tap into a significant event when I was 12: climbing Pikes Peak (14,115 feet (4,302 m) in Colorado, with my younger sister, my dad and a group of his friends. It was a safe climb, but somewhere above the tree line we’d run into a hail storm and sheltered under an overhanging rock. And so the writer’s mind begins to play ‘what if’…

One of the other preoccupations of my life around that time was another ‘what if’ – what if our horse went on refusing to get into the horse trailer, or float, when we moved from Colorado Springs to Toronto? (I don’t know how far it is – a long way. Several days’ drive.) The mare was actually my mother’s, and it would have broken her heart to sell it, but for a while it didn’t look as if there was going to be much choice. So I developed a cunning plan: I would run away on the horse, and ride to Toronto – just head northeast a few thousand km, how hard could it be? Luckily the horse agreed to get into the float before I had finished packing my backpack.

But what I see now is a child wanting to test herself, to pit herself against the odds; against nature; to become a hero. I doubt that I knew the word resilience at that age, but it obviously interested me. I wanted to know how far I could go to save myself or my family (or my horse, which for a twelve or thirteen year-old girl can be pretty much the same thing.) The narrative of the trek continued long after the drama of the trailer-refusing horse had been settled.

Raven, however, isn’t someone who’s ever really wanted to test herself in extremes. She’s the middle one in a triangular friendship; the calm one, the lynchpin – the one whose attention the other friends vie for. The one I sometimes wanted to be but never was, because I was too busy and bossy, writing plays and inventing games that I bullied the others into playing.

And why did I name her Raven? The simple answer is that I can’t remember when she wasn’t called that; it was her name right from the start. I chose her mother’s name by checking lists of the most common names for her age. I figured that Jenny had got such a shock when she went to school and met lots of other girls named Jenny, that she wanted to make sure her daughters didn’t suffer the same fate. But as usual, there’s something deeper. Years ago, when I was struggling to recover from a broken neck and assorted other injuries, having been given a long list of everyday things I would never do again – including going for a walk – and very little hope that I would ever be pain free, I went to Canada and started on a course of therapy that has led to my living a normal and productive life again. The therapist had rescued a raven nestling called Lola, who stared intently through the window at each treatment session. Even though I know her interest was simply a reminder that she wanted dinner, I’ve felt a secret bond with ravens ever since.