My guest post on Marshal Zeringues’s great and quirky blogs (Who’d have thought of interviewing people about coffee with their canine? Well, okay, Marshal obviously did…
Writers Read: Wendy Orry

Who is in the photo at right?

I’m Wendy Orr, author of children’s & teenage books, (including Nim’s Island, Peeling the Onion and The Princess and Her Panther) and Harry, a 3-year-old Poodle X Bichon Frisé.

What’s the occasion for Coffee with a Canine?

Celebrating the first spring day warm enough to have coffee outside on our regular morning walk. 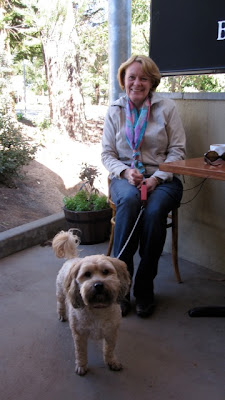 Long Black Coffee – the Australian term; in the US it would be an Americano.

Any goodies to go with the coffee?

This café (Mocha My Day) always serves a tiny gingerbread star with the drink.

Any treat for Harry on this occasion?

He shared the gingerbread!

How were you and Harry united?

My son’s girlfriend’s mother had rescued him from The Lort Smith Animal Shelter. 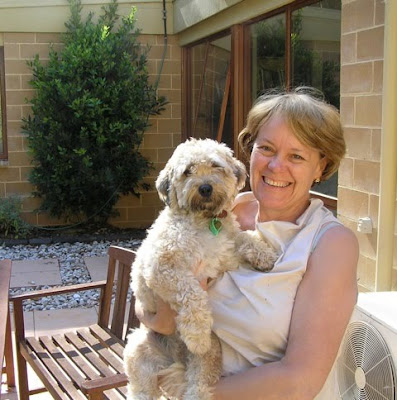 He’d visited our house, and been shown around the garden by our late Border Collie; I was struck by what a nice little dog he was. When I heard that she’d had to surrender him again, because of ill health, I was on the Shelter’s doorstep first thing next morning.

How did your dog get his name? Any aliases?

He was apparently named Harry in his first, abusive home, which he was removed from. When he was returned to the Shelter he had been renamed Petal… but we didn’t think that suited. His full name is now Harry Petl, which he thinks sounds like the soccer star he is. 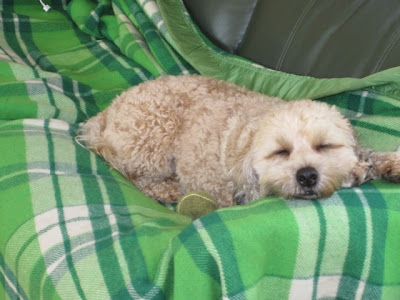 Does Harry have any influence on your writing?

His story, transposed to a cat, has wiggled its way into Missing: A Cat Called Buster, the second book in the Rainbow Street Animal Shelter series, which will start being released in March 2011. He also makes a brief appearance as himself at the end of that book. And he makes up two dogs, in different ways, in a short story, “The Digging Detective and The Poodlenapping Perplexity,” which Henry Holt will be publishing in an anthology of dog stories. 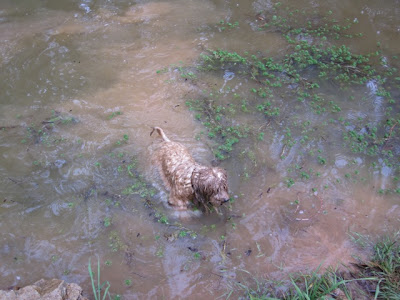 He is fixated on tennis balls. He finds at least one a week on his walk.

Where is Harry‘s favorite place for an outing? 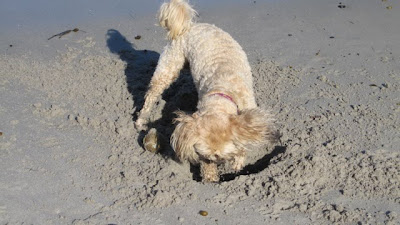 Who is your dog’s best pet-pal? 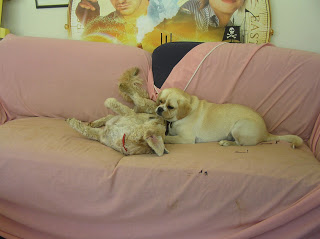 Pippa, the pugalier, who was adopted by neighbours the same week as we adopted him.

What is Harry‘s best quality?

His cheerfulness and resilience.

What is Harry‘s proudest moment?

Conquering his fear and walking past the house where a vicious dog had rushed out and attacked him a few days before.

Coming home quite nude the first time I had him clipped. He hid for several days. He now goes to a different groomer and though he hates the experience, is always very proud of the haircut and wants to go immediately to show Pippa.