Across the Dark Sea 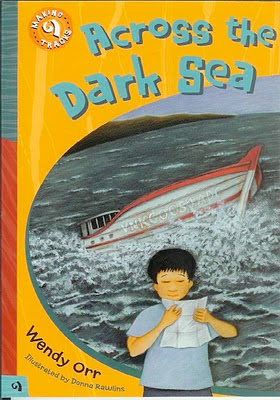 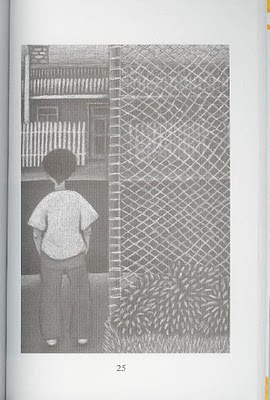 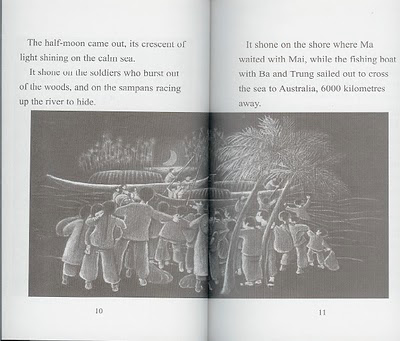 After writing about the Vietnamese Exhibition, I checked with the National Museum of Australia and discovered that the book I mentioned, Across the Dark Sea, is now out of print. However, I have a limited number of copies for sale ($9.00 + postage.)
Contact me through my website: https://wendyorr.com/

Across the Dark Sea

It started on the first day of Tet, in the middle of the fun and firecrackers, when they put old pants and shirts on top of their New Year clothes and took a bus from Saigon to Uncle Huan’s near the sea. Or before that, when Ma sold everything they owned so nothing was left but the furniture and Trung’s bamboo cage for his fighting crickets. Or maybe it started two years before, on that rainy day in 1976 when the soldiers took Ba away because he was a doctor for the army that lost the war.
Whenever it started, it happened the night they crept out of Uncle’s house in the middle of the night, Mai on Ma’s back and Trung carrying his parcel of new clothes.

They didn’t look like pirates: they looked like ordinary fishermen, but with eyes as quick and glittering as their waving knives…

Trung’s adventure begins in the dead of night. He and his father escape the soldiers with guns. But what awaits them across the dark sea?

BACKGROUND TO THE WRITING

The Making Tracks series was created by asking different authors to write a story using an item in the National Museum of Australia’s collection. My item was the Hong Hai – a 20 metre Vietnamese fishing boat which arrived in Darwin in 1978 with 38 people on board. Their journey, and that of thousands of others like them, was almost too horrendous to believe, as they fled from their homeland without really knowing where they would end up, usually without enough fuel, food or water to last the distance, often sent back to sea even before they could land and find refuge, and sometimes attacked by pirates. If and when they did arrive, they had to face settling in to a very different new country, and wondering whether they would ever see their family again – because often the whole family couldn’t come together, and the children might be sent with one parent, or another relative, to give them a chance at freedom and a better life.

I haven’t tried to write the story specifically of the Hong Hai, but by talking to people who had made a similar journey, and reading the piles of newspaper clippings and books that the Vietnamese community has saved over the last thirty years, a story finally appeared to me. It started with an old newspaper article about the parcels that the new arrivals sent home to the family left behind in Vietnam. Fabric was a good thing to send because it survived the trip well and could be sold there to raise money. Suddenly I saw a boy looking in a window at a bolt of cloth that he wanted to send home to his mother. Can you imagine all the emotions he’d be sending with it! And so, Trung was born.

One of the best things about writing this book has been meeting some of Melbourne’s Vietnamese community, and attending events that I probably wouldn’t have heard about otherwise, such as the celebration of the community’s 30 years in Australia, and a wonderful play, The Children of the Dragon. Events like this enrich our lives, and I’m very lucky to have been able to do this exploration into another side of the Australian community.

The other thing that’s been very exciting has been seeing Donna Rawlins’ illustrations. They are moody, evocative and stunning. I can’t tell you how moved I was to see Trung’s face; she has captured all that I feel about him – that even when he’s scared and lonely, his bravery and hopefulness shows through, and we feel that somehow, he’ll be all right in the future.

Trung’s family is tragically separated during their attempt to escape to a new country. A raid by soldiers means that only Trung and his father make it onto the boat headed for freedom. Trung’s mother and little sister are left behind in Vietnam. Trung’s journey, in the hull of a crowded fishing boat, is fraught with danger and full of loneliness. His estranged father is too sad and desperate to offer much comfort.
Even when Trung arrives in Australia, his difficult journey continues. He has to contend with strange foods, streets, buildings and a new language. He begins school but feels alienated from the other students and staff. He is left alone with many hours to fill.
And throughout his journey he desperately misses his mother and sister in Vietnam. He writes them letters at first in his head and then on paper but a reply does not arrive.
Trung starts to develop a friendship with Andrew, who is also grieving the loss of his home. And, finally, one day a letter arrives from his mother in Vietnam. Trung’s dark journey does not end, but he begins to hope again.
Discussion questions

•Why did Trung and Ba get separated from Ma and Mai? How does Trung feel about the separation?
•What challenges does Trung face during the boat journey? How do you think he felt during this time?
•Why is Ba so sad? How does Trung feel about Ba? Do Trung’s feelings toward his father change during the story?
•What was Trung’s cricket cage in Vietnam used for? Why do you think this cage is so important to Trung?
•Why does Andrew dislike Melbourne? What do Trung and Andrew have in common? Why does Andrew tease Trung?
•Why do you think this book was called Across the Dark Sea? Do you like this title? Can you think of another title for the story?
•Look carefully at the illustrations Donna Rawlins has created for Across the Dark Sea. How do they help to tell the story? How do they make you feel?
•Was the end of this story sad, happy, or both?

Interactive on the journey of the Hong Hai
http://nma.gov.au/kidz/making_tracks/across_the_dark_sea