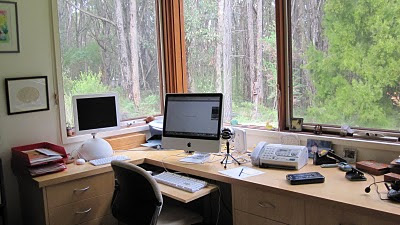 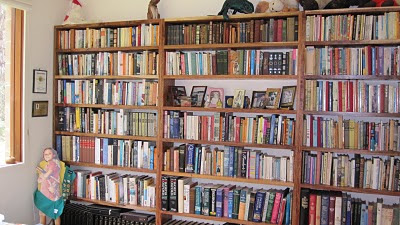 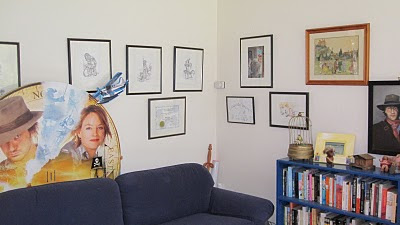 Last week I finished what I hope was the last full redrafting of the children’s novel I’ve been working on nearly two years. (It doesn’t have a title yet, though it’ll have to find one soon – it comes out in February in Australia with Allen & Unwin. Meanwhile I’ve just been calling it by the main character: an eleven year old girl named Raven) Of course I’ve finished drafts of it before, and had quick breaks while waiting for editors’ comments, but it’s not the only book I’ve been working on. I’ve also written three books about pets in the Rainbow Street Animal Shelter – the first was written before I started on Raven, and the last two during these two years. They’ll start coming out in the next North American spring, with Henry Holt – I’m not sure yet about Australia.

And in bursts in between, there’s been editing – rereading, pasting, arguing, more reading and tinkering – on the Princess and her Panther picture book.

But for the last ten days, there’s been a lull, not just in the writing, but thinking about writing. Raven has flown from my mind – she’ll return when I start doing edits, or another rewrite, but right now she’s gone. For the Rainbow Street series, I’ve done the proof reading on Lost Dog Bear; done my edits on A Cat Called Buster, which has now gone to Susan Boase for her to illustrate; The Reading Dog is being edited, but my editor has said she loves it, so I can also let it free till it comes back. And the Princess and her Panther is actually published, though it won’t hit the stores for another month, so it’s well and truly flown from my control.

Soon I’ll start the fourth Rainbow Street book – but even it is waiting, because I know what I want to do, but it’s a bit different so I’m waiting to hear what the publisher thinks.

So I’m tidying my office, catching up on emails, catching up with friends, reading, gardening… all the things that have been neglected for the last two years. It’s a strange feeling, not to be actively working on a book, but I’m feeling very contented, knowing that while I’m resting, seeds will be sown, and soon one of them will start to sprout and tell me that it wants to be a story. Here are pictures of my tidy office, so that I can remember this feeling of calm again when life is back to normal.