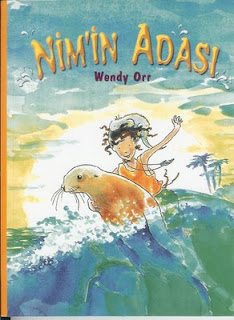 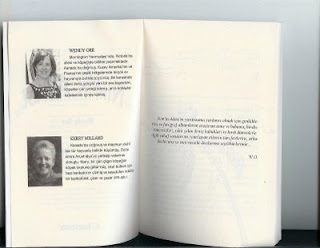 The Turkish edition of Nim’s Island has just arrived – I always love seeing the new cover and have fun trying to work out the words in the title and first sentence of a new-to-me language. Every edition is slightly different – it’s not just the language and cover,it’s whether it’s hard or soft cover, the size of the book, the font, and even the paper.

And sometimes they include an author photo; the Turkish edition has a nice touch, with a picture of Kerry Millard, the illustrator, as well.

But there was one just one little surprise… I’ve apparently had a radical make-over, and look surprisingly like Paula Mazur, the film producer. I guess it’s one of those things that happens with good friends – over time, you tend to merge…